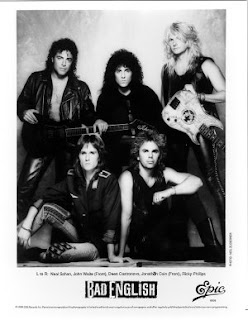 The subsequent singles, "Forget Me Not" and "Best Of What I Got", peaked at #2 and #9, respectively, on Billboard's Mainstream Rock Tracks; the sixth and final single off of the album.

"Heaven Is A 4 Letter Word", reached the #12 spot on the Active Rock chart. In the summer of 1991 the group released its sophomore effort, "Backlash", which surprisingly failed to rise above #72 on The Billboard 200 Albums chart, with only one Mainstream Rock top 10 hit single in "Straight To Your Heart".